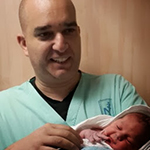 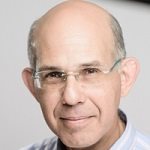 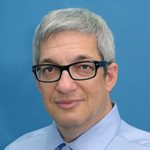 הגורם ל-MF אינו ידוע בוודאות. קיימים מס' חשדות בנושא- מצ"ב העתק מתוך ספר עדכני (2008) ברפואת עור- Dermatology 2nd edition, Ed; Bolognia et al: Pathogenesis The etiology AND the pathogenetic mechanisms involved in the development AND stepwise progression of MF are largely unknown. Genetic, environmental AND immunologic factors have all been considered. Genetic factors Lymphomagenesis is considered to be a multifactorial process, in which a stepwise accumulation of genetic abnormalities may result in clonal proliferation, malignant transformation and, ultimately, progressive AND widely disseminated disease. Although the successive clinical steps of tumor progression were described more than a century ago, the molecular events underlying the different steps of tumor progression have not been identified. Many genetic abnormalities have been reported in patients with MF, but a consistent pattern has not emerged[15]. Chromosomal loss at 10q AND genetic alterations in p53 AND CDKN2A genes have been reported in the advanced, but not in the early, stages of MF[16,17]. Environmental factors Persistent antigenic stimulation has been demonstrated to play a crucial role in the development of various malignant lymphomas, including MALT lymphomas (Helicobacter pylori infection), CBCL (Borrelia burgdorferi infection) AND enteropathy-type T-cell lymphoma (celiac disease). Also in MF, persistent antigenic stimulation has been proposed as an initial event, but the nature of the antigen(s) involved is unknown. Large casecontrol studies do not support a relationship between industrial OR environmental exposure AND the development of MF[14]. Whereas the etiologic role of human T-cell leukemia virus 1 (HTLV-1) in adult T-cell leukemia/lymphoma, AND of EBV in extranodal NK/T-cell lymphoma, nasal type has been firmly established, conclusive evidence for a primary etiologic role of these viruses in MF is lacking[18]. Immunologic factors Recent studies suggest that CD8+ cytotoxic T cells (CTL) play a crucial role in the antitumor response in MF. A relationship between high percentages of CD8+ CTL in the dermal infiltrates AND a better survival has been described[19,20]. These CD8+ T cells exert their antitumor effect both by a direct cytotoxic effect AND by the production of cytokines, particularly interferon (IFN)-&#947;. They can mediate tumor cell lysis by exocytosis of cytotoxic granules containing perforin, granzymes AND T-cell-restricted intracellular antigen (TIA-1), AND by expression of Fas ligand (FasL), which interacts with Fas (CD95; APO-1) on the neoplastic T cells[20]. Both pathways ultimately lead to activation of caspase 3 AND tumor cell death via apoptosis. Loss of Fas expression OR function by the neoplastic T cells is one of the many mechanisms by which tumor cells can evade an effective antitumor response[21]. Recent studies suggest that the neoplastic T cells in S&eacute;zary syndrome (SS) AND tumor stage MF are derived from CD4+ T cells with a Th2 cytokine profile (production of IL-4, IL-5 AND IL-10), whereas the cytotoxic T cells are the main producers of IFN-&#947;, which plays an important role in augmenting T-cell- AND NK-cell-mediated killing. In accordance with this concept, a gradual shift from a predominantly type 1 cytokine profile in MF plaques to a predominantly type 2 cytokine profile in MF tumors has been suggested[22]. Increased levels of Th2 cytokines may impair the Th1 cell-mediated antitumor response AND contribute to the immunosuppression seen in patients with advanced MF.