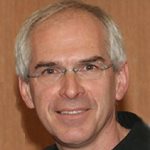 Hi, I'm not sure if it's a fair question but I'll be glad to have your opinion and maybe hear from others! I've been having symptoms of joint disease for about 8 months now. I've done some tests and the Drs aren't sure yet about what I have (suspect either Lupus or CTD). I'm being treated with Plaquenil and MTX for the MTX - I take 6 pills once a week (15mg). I've been told that it's important to keep getting tested every month. but since I don't see any change or improvement in my symptoms, my question is , is it really needed to keep being tested every month? if not, how often is it really required for being test? I'm living abroad so it's not very convenient for me to have those periodically tests. Thanks in advance for your answer! 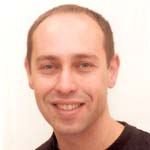 AS I SAID HERE BEFORE, I HAVE BEEN DEALING WITH THE ILLNESS FOR 2 YEARS BY NOW...I WAS TAKING PLAQUNIL FOR 10 MONTHS, MADE MY SITUATION EVEN WORST. ABOUT 3 WEEKS AGO I STARTED TO TAKE STEROID EVERY DAY, 5 MG, AND AND 5 PILLS AT ONCE OF THE MTX...IM NOT SURE IF ITS GOING TO HELP MY SITUATION, BUT WHAT I CAN TELL YOU FOR SURE, IS MAKE SURE YOU WILL GO TO THE DR EVERY MONTH IN ORDER FOR YOU TO GET BETTER. THIS ILNESS HAS CHANGED MY LIFE, OR I SHOULD SAY TOOK MY LIFE A WAY FROM ME...IM FIGHTIG IT EVERY DAY...I USED TO GO OUT A LOT, BUT THE LAST 2 YEARS IM IN BED EVERY NIGHT. I HAVE NO LIFE. PLEASE TAKE CARE OF YOURSELF AND IF YOU HAVE ANY QUESTIONS I WOULD BE MORE THAN HAPPY TO ANSWER

for your answer :) I hope the meds will help you and I know that there are many new meds'that can help so you should have belief and things will get better! are u from Israel? we can talk via email or meet up maybe take good care and happy Passover, Or

Why the Drs ignore me???

I posted 2 questions before AND did not get a respond, I am sure the Drs must have an opinion about my questions,. Please dont ignore me, I am not in Israel but have very highly opinion about Israeli Drs. Thank You 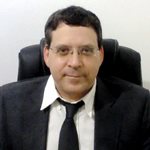 BMJ 2004;329:1066 (6 November) Doctors who offered "magic potions" found guilty of serious professional misconduct London Owen Dyer Two doctors accused of seducing cancer patients away from conventional treatments with a cocktail of potentially dangerous "magic potions" were this week found guilty of serious professional misconduct by the General Medical Council. Dr Paul Layman was suspended for a year, AND his junior medical adviser, Dr Jason Schreiber, had conditions imposed on his registration for 18 months. During that period he may work only at an NHS hospital under a mentor. The two men offered a range of unproved complementary medicines at the private Brackendene Clinic, Wiltshire, the GMCs Professional Conduct Committee heard. They also gave patients information packs that were found to be misleading, anecdotal, AND biased against conventional treatment. The clinic has since closed. The case came to the GMC because a Scottish patient with breast cancer, referred to as Mrs X, abandoned a string of appointments arranged by her GP, Dr Ruth Nisbet of Kelso, after becoming a patient of the clinic. Dr Nisbet became alarmed when the clinic failed to reply to letters asking for details of Mrs Xs treatment. When Mrs Xs condition was diagnosed in December 2002, Dr Nisbet referred her to two different specialists, who told her she would need a mastectomy. But shortly afterwards Mrs X read articles in the local newspaper describing the Brackendene Clinics metabolic treatments, AND she contacted Drs Layman AND Schreiber. The two doctors recommended a vegan diet, vitamin supplements, pancreatic enzymes, AND apricot kernels. In the months after beginning treatment at the Brackendene Clinic, Mrs X cancelled three surgery appointments, said Fiona Horlick, counsel for the GMC. Professor Edward Ernst, chair of complimentary medicine at the University of Exeter, said he had heard anecdotal reports that the cyanide in apricot kernels selectively attacked cancer cells but that no scientific evidence existed to support the theory. He said the claims made by the clinic were "naive AND not medically sound," adding that Mrs Xs regimen of up to 60 kernels a day could potentially cause coma OR death. Dr Layman told the hearing that he had learned of the treatment during a visit to an alternative treatment clinic in Mexico. "No approach was ever made to Mrs Xs doctors to find out what diagnosis had been made AND what treatment she was having," said Ms Horlick. Dr Layman told the hearing that many of his patients did not want their GP to know they were seeking alternative treatment. "Confidentiality is paramount," he said. Both doctors admitted that information they provided on a website AND in a patient information pack was misleading, anecdotal, AND failed to alert patients to potential side effects. They denied that it was biased against conventional treatment, but they failed to convince the committee of this. The committees chairman, Professor Michael Whitehouse, said: "The information contained in the clinics documentation was presented in such a way that patients without medical knowledge would be likely to understand that the treatments recommended were scientifically proven." 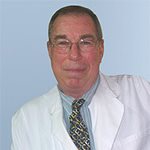